Have we, as local citizens of Hodge Hill, thought enough about what information is available to us online?

One interesting topic was the usefulness of Twitter, although we can complain to our local council via telephone or written letter, how many people complain via Twitter? It takes up far less time, common complaints can be easily logged and  categorised  and statistics can be compiled on a much easier and accessible basis.

Blogs, such as B36Blogger should also act as a complaints platform, local residents should make use of their local blog to make their opinions known and also create discussion around common complaints. Not only is this a great place to voice opinion, but through your local blog you can meet your neighbours and work together to get things done.

We want to be able to access statistics when it comes to complaints. We want our local council to record calls, put them under catagories and be able to access information on common complaints, and also find out how many are followed up, investigated or resolved.

As B36Blogger has already covered, Police UK have released a crime map web site for you to find out how many crimes are recorded in your area, but what we can’t access is the information regarding how often the information is updated, what was done in the area about the crimes and even when they took place.

It seemed to be a common problem that data can be confusing, data should be easy to read and easy to locate the most important information and highest and lowest statistics.

We want local authorities to make locating data easier, for example, Birmingham Ciy Council are often guilty for  making information hard to find and ‘burying’ it within their site. For exmaple, accessing minutes from the last neighbourhood tasking meeeting can be particularly tricky. This could be  because they have hundreds of pages and headings or perhpas that their search box isn’t effective or they are simlpy putting things under the wrong headings.

There are many issues surrounding access, availability and reading local data and statistics. Have you ever had any problems with local data, or problems accessing local statistics?

According to west-midlands.police.uk the main priorities that arose in the last neighbourhood tasking meeting were tackling drug dealing and drug use on the Bromford Estate, reducing anti social behaviour and parking issues around our schools.

From personal experience, I know that travelling past Hodge Hill school on early mornings and in the afternoons, traffic can be quite hectic.

To find out  what is in progress to tackle these issues, residents of Hodge Hill can attend a neighbourhood tasking meeting.

Don’t sit back and let issues about your area go unspoken, the next meeting for Hodge Hill will be held at Ambridge House, Bromford Drive on February 24th at 10am.

Police and council members urge you to tell them about crime and community issues in your area.

What do you think are the main issues in Hodge Hill? Leave your comments below.

After joining on January 31st, the school has since posted 26 updates including information on the lunch menu, information for parents, question and answer tweets, job vacancies, meeting dates and general updates.

The Twitter page is a great platform for parents, guardians and even staff and pupils to keep themselves updated, as well as being able to contact the school quickly or just to ask a general question.

The move to join Twitter comes as an increasing number of schools are joining the social network, including local school Colebourne Primary.

Talking about the decision to set up a Twitter page, Mr Wheeler from Hodge Hill school says:

“We are using it as another way of spreading the good news about the school; most people have a mobile phone to access the Internet so parents and guardians can keep up to date with what’s going on at the school.”

The school are using the Twitter page to test the water, but hope to expand the site in the near future.

“A group of staff is currently updating the Twitter page; we hope to trial it for 3 months and then we hope to get students involved in writing the updates, says Mr Wheeler”

According to Police.uk Hodge Hill have 201 reported crimes in the area, ranging from burglary to violent crime, anti social behavior and vehicle crime.

In a radius stretching as far as Fort Parkway to Kitts Green road the crimes include:

-64 counts of other crime, which can include criminal damage, shoplifting and drug offences.

Bromford Drive proved to have the most counts of crime in the radius, with a total of 13 reported crimes, 3 of those on Sundew Croft including burglary, anti social behavior, violent crime and other crime.

Moving up to Chester road in Castle Bromwich, there are 8 reported counts of crime including anti social behavior, violent crime and other crime.

The site requires only a postcode to provide you access to crime data in your area.

From January 31st- 6th February, Wannabe Hacks are planning a week of specialised content, looking at various challenges and advantages of the hyperlocal genre.

If you have your own hyperlocal blog or you are a journalist or even a student journalist, you can get involved with articles, comments and your thoughts on many hyperlocal issues.

Nearly one year ago Tesco opened it’s doors to the residents of Hodge Hill. 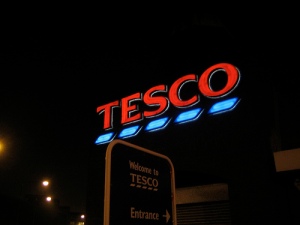 For local MP Liam Byrne and many residents of Hodge Hill, it had been a long battle to prevent the build, and one that left both Liam and the local community somewhat defeated.

The build caused so much controversy because it happened to be built on the local Brockhurst playing field, used by many children and adults for sporting activities.

According to The Birmingham Mail, three acres of Brockhurst playing field were sacrificed in the build; in return, Tesco supposedly promised to re surface the damaged playing field and build new changing rooms.

“Well, everything that we warned about and were worried about has now happened,” Liam told B36 Blogger.

“Both the council and Tesco did not keep their promises. They promised sports facilities, and promised to give back to the local community. They have given nothing back,” Liam continued.

In December of last year, the Birmingham Mail reported that Tesco’s 24-hour opening grant had been given the green light, to the worry of many residents.

Understandably many people living near and around the Tesco superstore are worried about the effects the 24-hour license will cause.

“They have now applied for a license to open 24hours, which means more noise pollution,” says Liam.

The results of the 24-hour license can only be monitored over the coming months, with residents living so close to the store; it is likely to cause some sort of noise at some point.

Liam Byrne’s office is also in close perimeter as it lies at the side of the store itself on Coleshill road and so was directly affected by the build.

“They even took the back wall off our office on Coleshill road, so the winter months were very cold,” says Liam.

After the long battle, there is little to be done to reverse the effects of the build, and so Liam expresses his hope that Tesco will perhaps consider the local community in the future.

“All we want now is for them to be good corporate citizens, minimise their noise and give back to the local community.”

Liam, understandably, had little more to say about the store, as he has never paid it a visit:

“I have never once been in there; I buy my lunch from Somerfield!”

Join the Twitter revolution! Its simple and easy to use, and you can get all the latest updates on the B36Blogger from the comfort of your own home. Follow the B36Blogger on Twitter here.